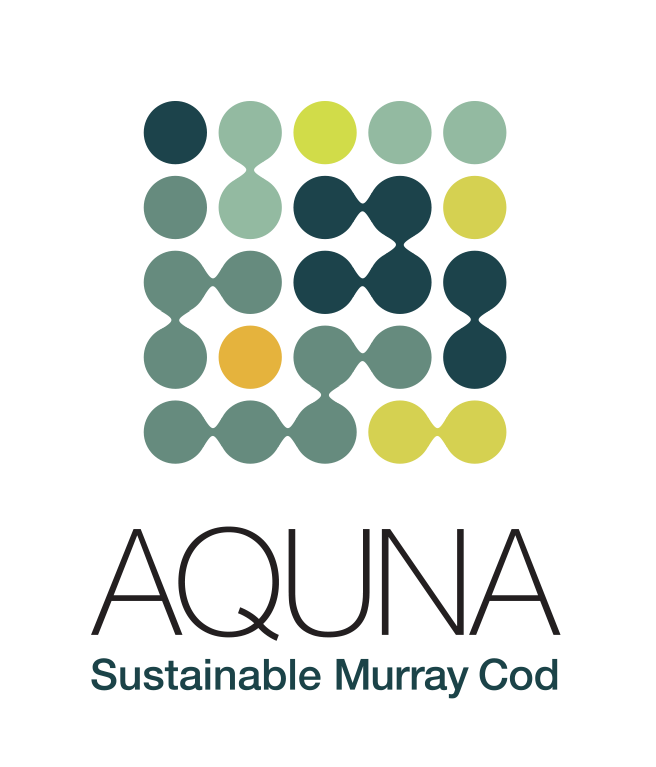 The Murray Cod are grown out in specially designed floating cages that provide the ideal environment for growing healthy and robust cod.

Nurtured Through to Maturity

Murray Cod happily breed in captivity and Murray Cod Australia are expanding their capabilities to be able to breed and supply advanced stockers to other growers also.

The business concept started in 2012 when Mat and Bonnie Ryan established Riverina Aquaculture. After running his own successful dryland farming business in NSW for 15 years, Mat began to look at other ways he could apply his knowledge of farming systems to diversify his business and safeguard against the ups and downs of cropping.

Recognising the abundance of good quality water and agricultural land in the Murrumbidgee Irrigation area of NSW, Mat carried out extensive market research into using his water for growing fish. He soon established that the fresh waters of the Riverina are perfect for Murray Cod aquaculture and that these high value fish, unique to Australia’s Murray Darling Basin, could be cultured sustainably and to a very high quality within well engineered outdoor cage systems in these waters.

Mat successfully developed a system of fish management in his dams at Bilbul just outside Griffith. After proving his concept with initial small crops of Murray Cod, Mat identified the benefits of the business moving to a more vertically integrated model. Mat and Bonnie began discussions with local successful agribusiness owners Roger and George Commins about establishing a joint venture to develop an aquaculture supply, service and marketing business incorporating a hatchery, nursery, grow-out facility and processing plant, and in 2015, Bidgee Fresh was formed.

Australia’s largest wholly freshwater fish, the iconic Murray Cod (Maccullochella peeli), is a fish that older anglers talk about with reverence. Boasting a great lifespan of over 50 years, this magnificent fish is the largest of Australia’s native freshwater fish and has been recorded at 1.8m in length and weighing up to 113kg. It was, and still is, a fish of great cultural importance to Indigenous Australians; dreamtime stories tell of the mighty Murray River itself having been created by the thrashing of a great Murray Cod chased downstream by a hunter. Unfortunately Murray Cod populations were decimated in the late 1800’s and early 1900’s as a result of commercial fishing. Back then people assumed that the fishery was inexhaustible, but sadly we now know that this was not the case.

Many an older fisher in their 60’s or 70’s would reminisce nostalgically about the legendary giant Murray Cod of the past. It was quite common for these majestic river fish to be caught measuring over a metre in length and weighing in at over 40 kg. Today, fishing for Murray Cod is highly regulated and strategic restocking programs are in place to assist the populations to recover, although it is unlikely that we will ever see a return of the very old, very large fish of populations past.

The natural distribution of Murray Cod is within the Murray – Darling basin and they can be found from the clear upland streams through to the turgid lowland rivers, favouring cover such as submerged logs. Females can spawn a few times per spring and lay their eggs in hollows in the river bank or on submerged snags, where the male then remains to guard the eggs until they are newly hatched at about a week old.

From hatchery to plate

Fortunately Murray Cod are relatively easy to breed in captivity and there are a number of private hatcheries that run commercial breeding programmes for river stocking and for aquaculture grow-out. Murray Cod Australia now stock fingerlings from their own hatchery. Their plan is to develop their breeding capabilities with a longer term plan of being able to supply advanced stockers to other growers also.

The growing conditions for Aquna Sustainable Murray Cod are ideal for producing top quality fish. The fingerlings mature in a nursery system before being moved into large cages that sit submerged in the fresh waters of the irrigation system. The fish are fed a specifically formulated native fish pellet tailored to their nutritional requirements. The waters of the irrigation channel pass through the fish cages and are then recycled through the cropping enterprise.

The end result is a stunning fish with yellow / olive green mottling, a silvery belly and white fin tips. The flesh is white, flaky and juicy with a creamy taste and is simply delicious. The market for Aquna Sustainable Murray Cod is hungry for more of this beautiful eating, top quality fish. Fortunately for lovers of this iconic Australian fish, there are big plans ahead for Murray Cod Australia and the future looks bright for this innovative team of fish farmers.